The Alberta Coal Branch of the Grand Trunk Pacific Railway (Canadian National Railway from 1920) runs south-west into the Canadian Rocky Mountains from a point just west of Edson, Alberta.

The area was popular with some Alberta modellers in the 1960s because it was still (just barely) an operational branch with an interesting history -- mining, social and political. The resources here are part of materials collected for the development of a resource kit for Alberta school children. Unfortunately that resource package was never finalised, however the materials formed the basis of a 1997 convention presentation and were subsequently assembled here for web access.

I was born and raised in Calgary and visited the Alberta Coal Branch as a young adult (c 1965) with another model railroader, returning on a number of other occasions with other friends and colleagues. The Coal Branch was in transition at that point. The old mines (underground and open pit) had essentially closed, their towns were mostly deserted, and only a few carloads of coal a month were being loaded, often using semi-manual technologies. The need for coal had not ceased, however, and leases were being reopened as open pit mines. 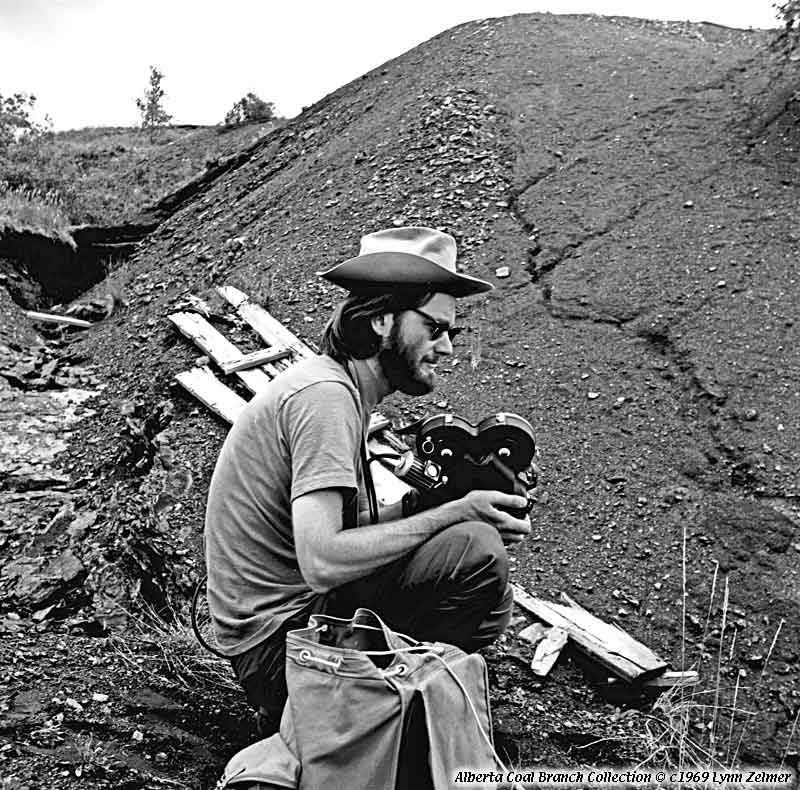 This project started in the early 1970s as a labour of love when schools in Alberta were beginning to use resource-based teaching techniques. Through the kind cooperation of the Secretary, Luscar Limited, I obtained access to their photographic collection and newspaper scrapbooks, revealing a treasure trove of historical information. Additional information was provided by academic papers and visits to provincial and national Archives. To this information I added my own and a colleague's colour slides and several hundred feet of original black and white 16mm film footage.

Unfortunately for the project, I became involved in fee-paying activities and the project languished. When I immigrated to Australia in the late 1980s the 16mm film stock was donated to the Alberta Government Archives, although I retained the slides and other materials. The project was resurrected again in 1996 as I became more involved in model railroading and packaged some of the materials for a convention presentation.