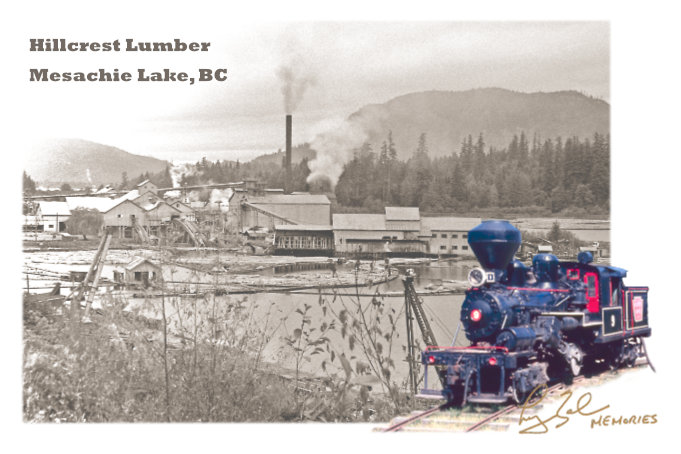 Hillcrest Lumber operated a number of geared locomotives on Vancouver Island. Climax #9, on static display c1991 when this photo was taken, inspired my early modelling, as did their mill.

While I now primarily model Queensland's sugar cane railways I've been interested in modelling timber/logging railways since the 1960s and have photos and other resources that may be of interest to other modellers. This site will gradually make some of them available as time and other interests permit.

It's been an interesting exercise* in 2020 looking back at some of the resources that motivated my early modelling and would hopefully have led to my building a narrow gauge logging railway or two. However, life brings change and when I moved to Australia in 1989 cane railways [mostly] replaced logging in my modelling interests.

*   The "interesting exercise" has included trolling through my collection of Model Railroader and other resources, tear-sheeting some articles for later scanning and sending the reminder to recycle, packaging books for the annual Lifeline Book Sale, etc.

Modelling     (Scroll down for Prototype & Other Resources)

Prototype     (Scroll down for Other Resources)